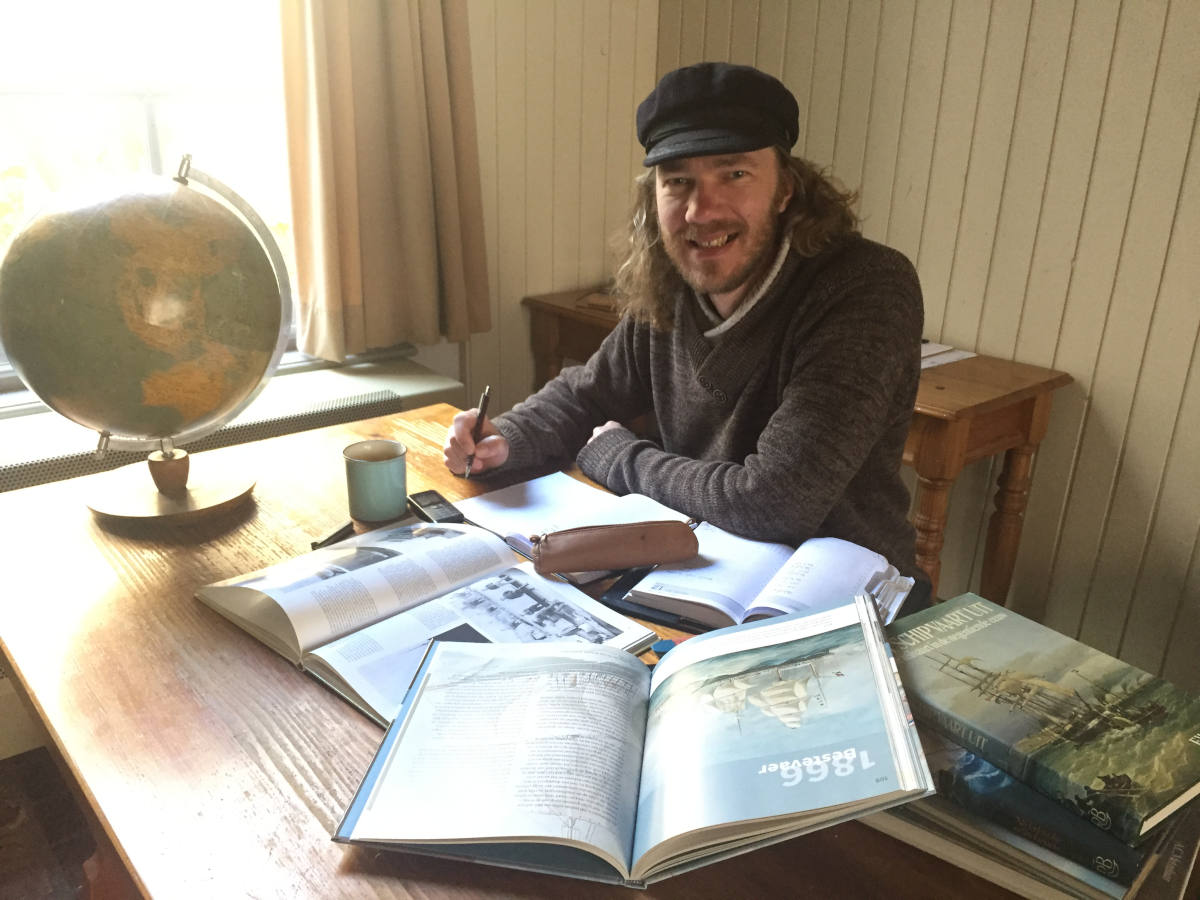 With current trends in internet and office nomad technology, I had long thought that it could be possible to run a shipping company in a more flexible manner. From a laptop in a home office or from anywhere around the world, somehow it has not been in our culture.  Maybe because it feels often proactive to meet your colleagues in person within your own community. So, it has been hard to bring this idea in true practical action.

To learn more about it, I read several books on the subject. Most well-known “The four-hour workweek” by Tim Ferris. The book basically promotes the concepts of Escaping the 9–5, Live Anywhere, and Join the New Rich. It must be said that although an interesting read, it is not right away a lifestyle I would call sustainable, but there are definitely lessons to be learned. Mainly about how to escape the working culture, which was installed during the industrial revolution to manage the work force in the newly built factories. Then everything changed, for everybody…

For a couple of months already, we had occupied a nice office space in Alkmaar. Then the Coronavirus pandemic hit the Netherlands and rather quickly the public life was moved towards a voluntary lockdown. All of a sudden, we were forced to abandon our new routine of going every day to the office with 5 or 6 team-members of the EcoClipper organization. It definitely felt like a jump in the deep… or towards the kitchen table.

Running a shipping company without an office has been done before, probably many times and in all centuries. First hand I have seen my uncle, when I just started sailing, run his shipping company from the galley table on board his 700-ton coastal motor cargo ship. My time in the late ‘90s trading in the Caribbean Sea on the sail cargo schooner Avontuur, also showed me how Captain Paul Wahlen ran his business from a floating office. In respect to sustainable large sail cargo shipping companies, I would say the management style of the Finish Captain Gustaf Erikson should be noted here.

Erikson also became the skipper of a coastal cargo ship, in a different time than my uncle, but in the same harsh trading area: The North Sea and the Baltic. After a few years Erikson went into the “deep sea” trade and climbed the ranks fast until, when he was roughly my current age, he had an accident in the rigging. He decided to retire from active sailing and get operationally involved in the management of ships. In these days a lot of shipping business was done in the coffee houses, the “Baltic” and “Lloyds” in London.

He was the last of the big sail cargo ship owners but instead of having a large staff from offices and coffee houses in London, he operated from his farm on the Åland Islands, Finland. Throughout the ‘20s, ‘30s and ‘40s of the last century, he ran a fleet of large three and four-masted steel ships. Apart from a few smaller coastal cargo ships and the occasional tugboat, all his ships were entirely wind powered, and thus operating around the entire world, with sustainable energy. Each ship would haul, at least once a year, a full cargo of grain from Australia to Europe. He would send his most trusted Captain around ports to search for affordable ships to enlarge his fleets. These were being scrapped by other shipping companies making the transition from sail to steam. For Erikson and his small staff of a sail cargo specialist and typist, this was the opportunity they build a large company on. In effect, he was running his entire business from his kitchen table…

In our current start-up phase, the two mainstays of EcoClipper are: the naval engineering to design the prototype ships we will be using and the communication to explain the story to a wider audience therefore building a community.

The design process was from the beginning already heavily influenced by teams working from different physical locations. A few years back it all started with Sailvolution a design cooperative with members from Italy and Belgium based in the UK. And me, as the initiator, traveling up and down or using skype to communicate.

Our current team consists of an international mix of very capable specialists. Our master rigger from Canada currently based in the Netherlands, a project coordinator from the UK but living in Switzerland, the lead naval engineer from Spain working in the Netherlands, and three other naval engineers based in Portugal. Then furthermore there is a group of experienced advisers, closely connected with all segments of the Dutch maritime industry. We meet regularly every day, and often more than once a day, yet it is all through digital conferencing methods.

To communicate between the different partners, we mostly use skype or zoom and email is used to keep track of all the details as well as drive which makes all information readily available for everybody and consists of important planning sheets in excel. However, what we really mean with communication here is the storytelling and community building necessary to keep the importers, exporters and travellers we serve inspired.

Whereas we used to have a strong strategy in giving life lectures, presentations and personal meetings, now the entire communication strategy has shifted to social media, direct email and digital conferences and meetings. It was quite a bridge to take however it is proving to be effective.

We work together with a sail cargo specialist, who joined us earlier in the office in Alkmaar, but moved back to the UK, when the scale of changes became apparent. Now she is mostly responsible for the social media management and market research. In the meantime, my partner is working from our own kitchen table to do the graphic design, website and correspondence. In the meantime, I keep occupied, while advised by several of our ambassadors and investors, with the writing of the business plan, background input of the design and overall management.

With EcoClipper we are still in the phase where we have no ships operational yet, but we do have enough experience in house; with the running of other (shipping) companies, to know exactly what this would entail. Apart from that, one of our investors from the South of the Netherlands with a broad business experience, is currently taking care of the financial management.

When we really start sailing, we would need to organise crew matters such as communication, agreements and administration. We would manage port operations, working together with tug boats, pilots, local agents, immigration, customs and port authorities. And finally, we would have the administration of maintenance, ordering, commissions, cargo manifests, contracts and agreements.

All things perfectly possible to do from the kitchen table. Maybe, to keep things as enjoyable as possible and leave the social cohesion intact, we should meet once in a while in a coffee house or bar. We come full-circle… the “Baltic” and “Lloyds” are back in business.

If you are interested to stay updated with in-depth information about the sail cargo industry, join EcoClipper News or go to our website to support us now.