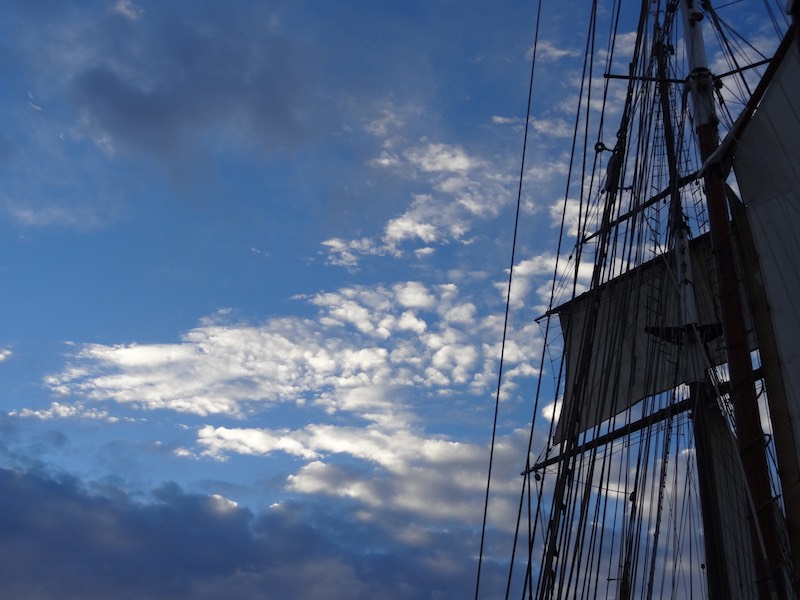 Modern technology has a short half-life. Telegrams got replaced by fax machines which in turn got rendered obsolete by emails and the internet. Cathode ray tube televisions were a technological marvel at their time but got pushed off the markets by plasma and LCD screens.

Ancient technologies do not only have a longer working life. Some ancient green technologies that were forced into temporary obsolescence are being reborn amidst the accelerating extinctions of modern technologies.

Sailing cargo ships were rendered obsolete by the rise of motor ships. However, as the world tries to reduce its dependence on coal and fossil fuels the tides are turning for sailing cargo.

The old way of sailing ironically has a huge technological advantage over its modern counterpart. It does not emit any harmful fumes and only uses natural elements for propulsion.

Ecoclipper is a professional shipping company that will offer emission-free transport and travel by making use of engine-less sailing ships. Its business model is also its message. Ecoclipper aims to show how maritime trade was done before containerisation, before oil tankers and oil spills, before diesel and steam engines rushed into development and chugged freight around the oceans of the world.

Ecoclipper also wants to bring about a consciousness change. The company will be a real-world example how traditional methods can be the solution for current problems and provide a remedy for the growth ideology.

However, Ecoclipper proposes no naive restoration of the past. It will transcend the divisions between tradition and modernity by creating a synthesis that harnesses the strengths of tradition and progress while avoiding the pitfalls of both.

The current ecological collapse and the virus crisis provide an opportunity to rebuild the world economy and put sustainability into practice on a global scale.

Ecoclipper is currently preparing a financial campaign to raise money to build the Ecoclipper500 prototype. The company offers you the unique opportunity to be part of this journey.

There are three main ways in which you can support Ecoclipper become a powerful alternative voice that challenges the status quo in the shipping world:

Invest in Ecoclipper. This year the first round of investment was successfully completed. The team are currently planning another campaign that will finance the first ship. See how you can get involved HERE.