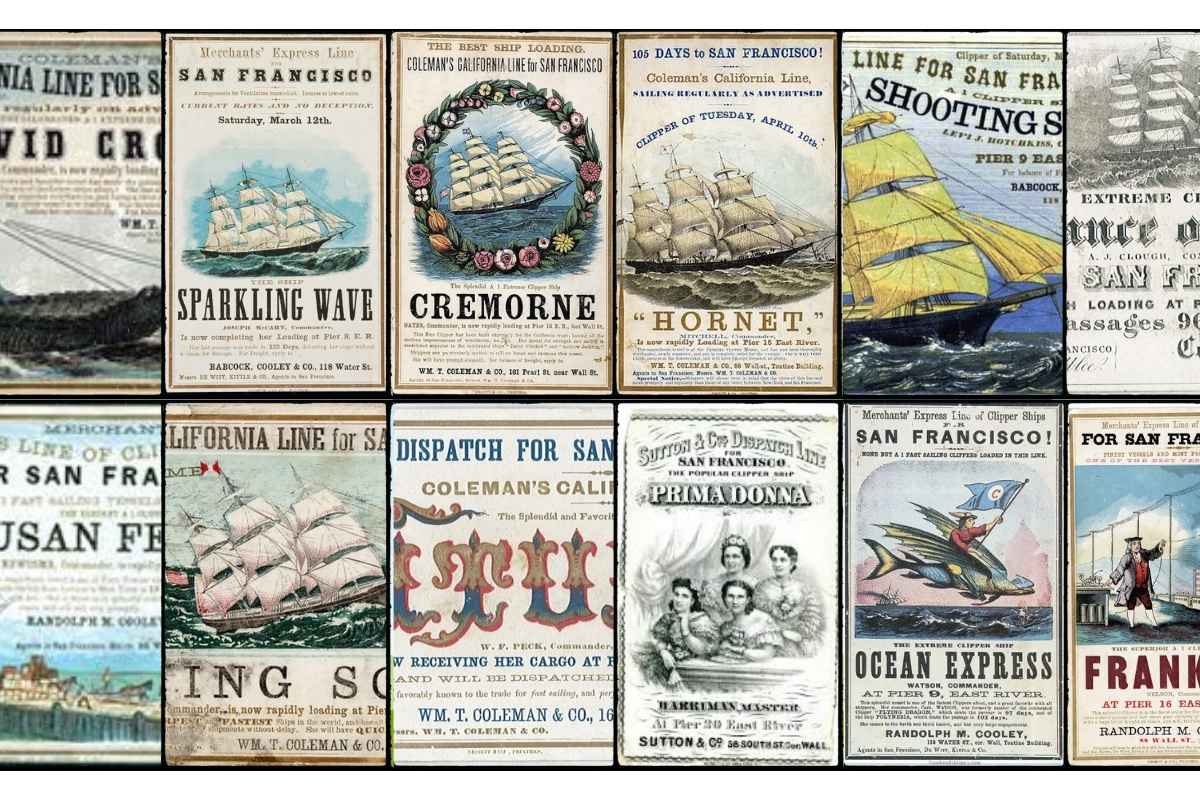 During the nineteenth century, global trade was growing at a rapid rate due to the first wave of globalization. Clipper ships were the fastest vessels operating in maritime trade back then and were the height of ship design. In the mid-nineteenth century, advertising for the operation of these vessels took the form of clipper ship cards. These printed announcements were a unique and visually attractive way of advertising clipper ship passages to potential passengers and merchants looking to ship cargo all around the world.

Throughout the 19th century, their popularity and use increased; merchants started to realize the success this form of advertising was bringing. The cards continued to be used during the Civil War in the United States (1861-1865); some clipper ship cards currently on the market are dated back to the civil war and are considered historical treasures. The cards from this historic period represent the beginning of a new era of freedom and the abolishment of slavery, which is precisely  why they are now valuable and highly popular.

Clipper ship cards are quite eye-catching; they usually contain beautiful colorful paintings, drawings, or visually attractive illustrations. The cards include a description with the name of the sailing ship, the date of the travel and information about the vessel’s passage and route. At the bottom of the card, one can find information about the destination, the captain and pier to embark.

However, clipper ship cards were not only used as printed public announcements, but also distributed between merchants as soon as the schedule of the trip was settled. This made the advertising of the ship even more efficient and became a practical way for merchants to quickly find available cargo ships for their goods.

“The usual method of distributing these cards was by messenger going from office to office in much the same manner that handbills are delivered to our mailboxes today.” –

But why do collectors find clipper ship cards so valuable?

A clipper ship card from the 19th century is valued now for up to 2000 euros. This value has increased throughout the years since they have been characterized as ephemera of that age, which has made them quite magical and inspiring for many to collect – especially for those with a passion for sailing and maritime history.

Possessing a piece of history where commerce and merchandise first emerged is highly cherished by people; another reason for their popularity and demand.

Clipper ship cards are however incredibly rare and therefore precious collector items. Their unique images and information about clipper ships take on a magical quality, something that attracts significant private collectors.

The adventurous and romantic days of the clipper ship stimulated the imagination of the commercial artists of its day. The simple fact that these cards have physically survived and traveled the world for centuries makes them extremely special.

The magic behind clipper card collection

“Clipper ship cards are now rare and much prized by collectors, both for their historical significance and for their typographical interest.” 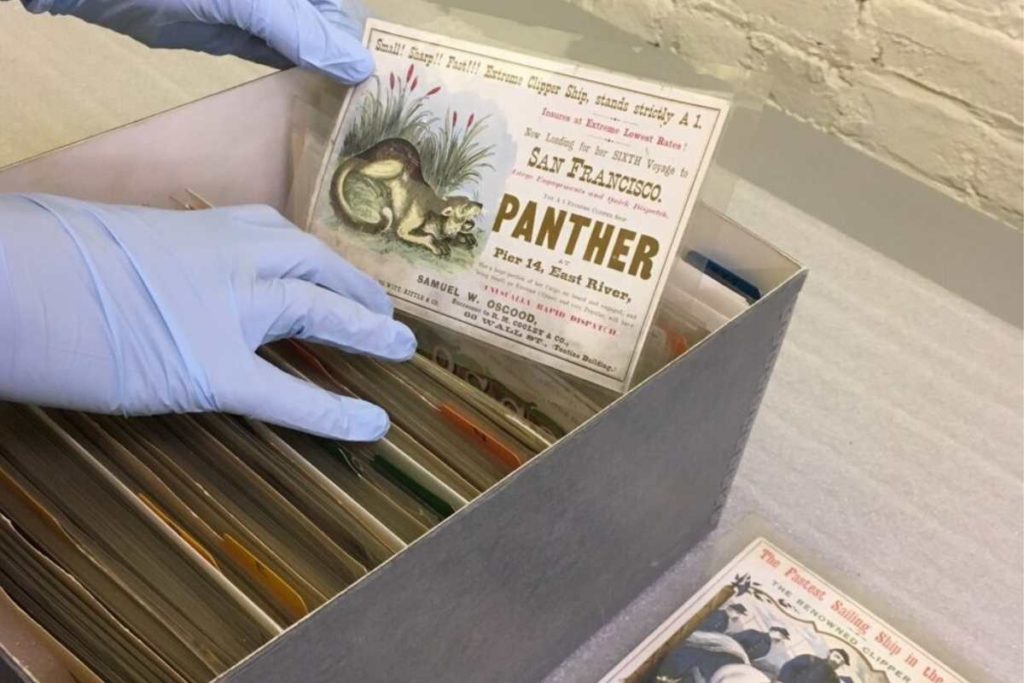 These cards will describe the four shipping routes EcoClipper’s vessels will travel, which also are designed for passenger travel. Whilst the finer details, such as specific piers, dates, Captains etc, are still to be decided, this is an exciting opportunity to bring back the beauty and practicality of clipper ship cards, as well as for EcoClipper to be creative in its own way with its designs.

If you wish to be up to date with future EcoClipper ship cards and other updates, sign up to our newsletter here: www.ecoclipper.org/newsletter