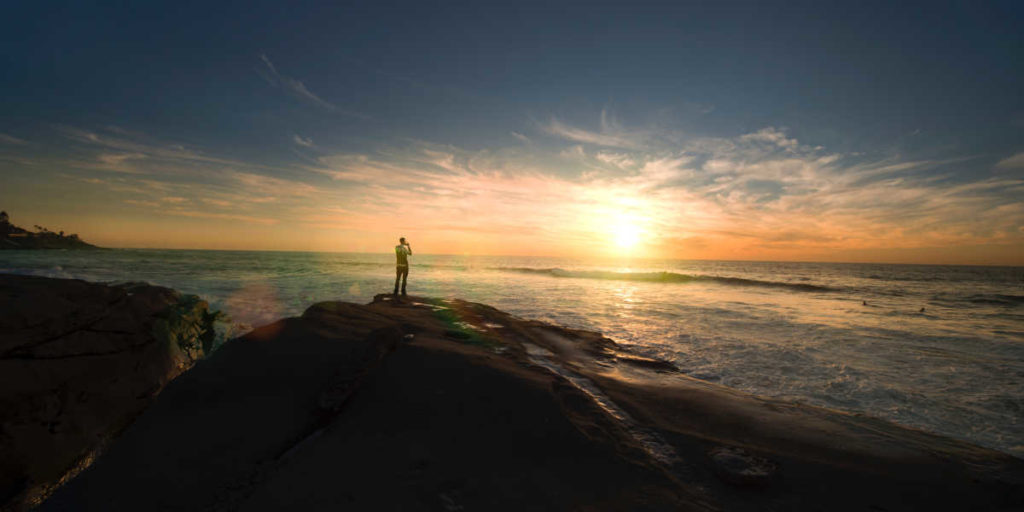 Have you ever noticed, how the sky, at the horizon of the sea, turns yellow on a calm day? As you might know, that is the smog you see, caused by the emissions of motor ships transporting the products we use everyday. Have you ever noticed, how many people are thrilled about the thought of going to sea, on a large sailing vessel? It might have something to do with a longing for adventure and wild nature. Do you follow the news? And do you recognize sustainable business becoming more mainstream? Then you know that the time is right for EcoClipper!

I’ll never forget, the school holiday that, as a teenager, I was crewing on a coastal motor cargo ship, from Rotterdam to Pescara, Italy. In my off time, I was sketching “technical” drawings of clipper ships. My captain, told me about the Dutch traditional sailing passenger fleet. That was for me the entrance to an enchanted life of wind, salt water, sails, rigging and an open door to adventure. It was the start of my career in sail and the skippers and masters I sailed with, thought me about seamanship and navigation. But what me really interested was the business side of things. I kept asking my crew mates, these captains and owners of the ships, about the subject. Wherever I could put my hands on a book about shipping economics, I would read it from front cover to back cover.

To me, it was logical that my interest would lead me to, more than ten years ago, co-founding a sailing cargo ship company, Fairtransport. In those days, my partners and I where looked upon as: absolutely crazy madmen. Never the less, we where able to set up this company by turning every penny two times around, involving an army of volunteers and over time, making first one and later a second, aged wooden ship suitable for emission free sail transport. In the meantime a resurrection had started, and it seemed in our footsteps, emerged the first companies of a new industry.

The above stated facts are obvious, but there is more… There are deeper reasons that the timing is right to start EcoClipper. Through operating two sailing cargo ships the past years, a capable team of sailing cargo ship specialists was formed. Because of operating these ships, we are in a perfect place to recognize the pitfalls and chances of the industry. As we speak, the economy is rising again, giving more people the opportunity to search for good investments for the money they earn.

This is why now is the right moment to launch EcoClipper. A line of new built large scale sailing cargo ships.