For the past 40 years De Tukker has been sailing with guest and youth trainees and, as a result, she had no dedicated cargo hold when EcoClipper purchased her.

Where cargo was once stored there were bunk beds, a saloon, an open kitchen, a hall and crew quarters…

EcoClipper will be carrying both freight and passengers as we travel from port to port, and so, a re-design was inevitable. We decided to keep the forecastle and crew quarters intact, but to convert the day room and kitchen back into a cargo hold.

The forecastle was rearranged to include a saloon; however, the placement of a kitchen was a design challenge.

At first, we considered putting a deck house behind the mainmast, such as those which are often seen on schooners and larger ships. However, this would mean a reduction of the mainsail and possible negative consequences for the sailing characteristics.

Fortunately, one of De Tukker’s former captains, Douwe, came to our rescue with a creative solution. A semi-removable, semi-recessed galley in the aft end of the hatch coaming. It was agreed, and this deckhouse has been professionally built in steel by the shipbuilders from the Talsma shipyard.

But first, this room needs to be finished and furnished. It will be a job for our ship carpenters, Klaske and Jaap, in the coming weeks.

Alongside this, there is a lot more carpentry work to be done, and so, if you know someone, or if you are a carpenter and you would like to get involved, you are cordially invited to email Arik Visser at: arik@ecoclipper.org.

A piece of yourself could be sailing the seas very soon

Thanks in advance and fair winds,
Jorne Langelaan 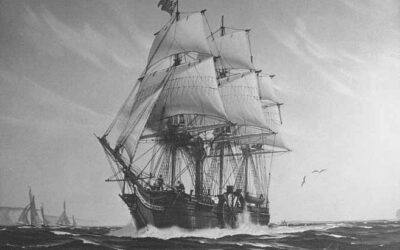 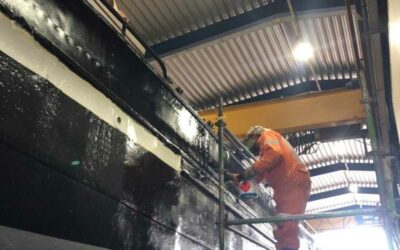 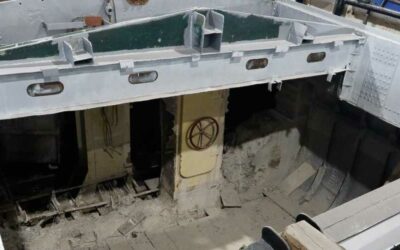 5.5 metres long, 2 metres high and 45 cm thick with pieces of steel integrated here and there. Plus, I learned that concrete continues to harden as it ages, and this wall had been in the ship for quite some time.