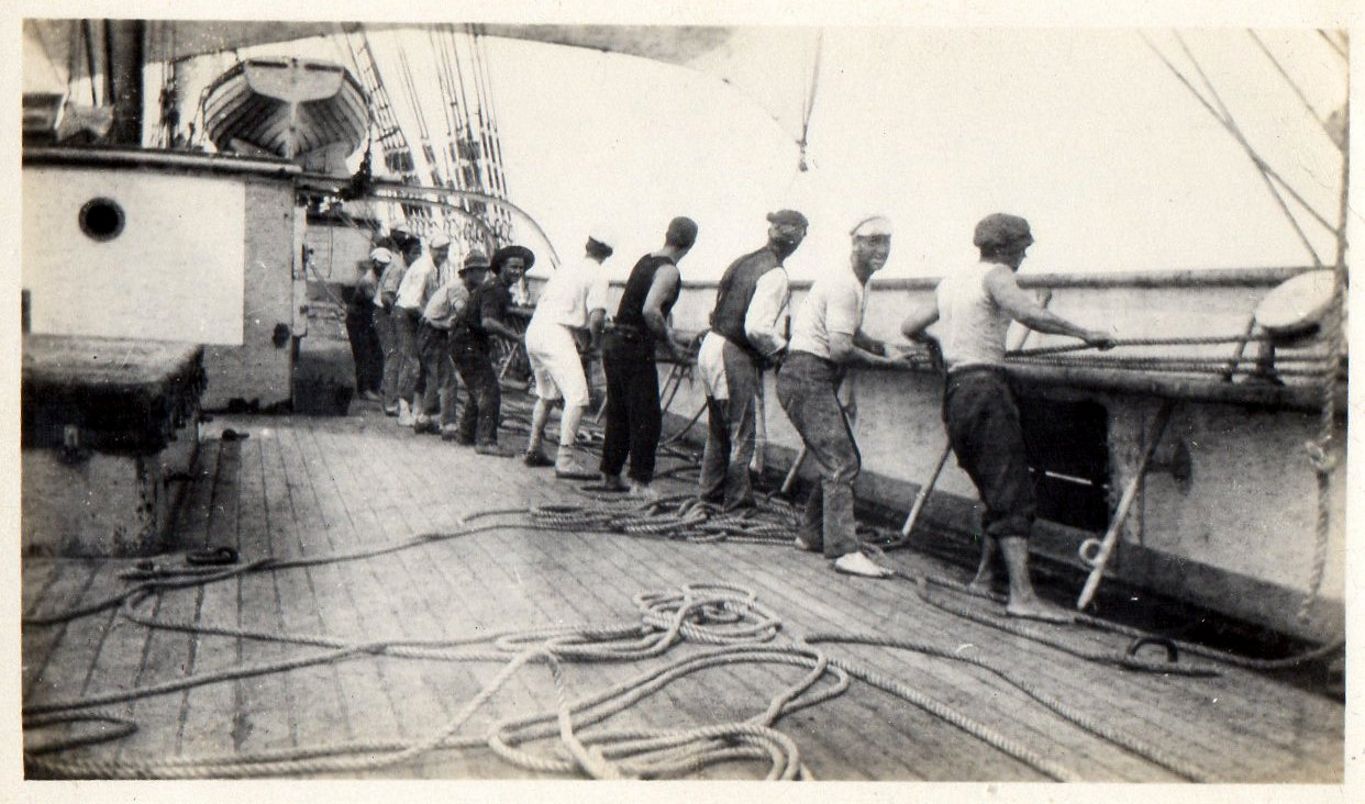 You can begin by simply making connections, by joining a ship for a leg or by just being at the quayside when a ship comes in. Just start by talking to people and if you are open to new experiences, you won’t have a problem meeting the community.

Over the last few months, many great people have been working on the refit of De Tukker. Each person has a different story and here they are shared with you.

Vito has been sailing around Europe for 10 years. He fell in love with tall ships when he saw them for the first time. He thought that they resembled floating museums, yet retained great potential for the future as they are both pleasing to the eye and the environment.

Sevastian started working in the Cypriot merchant navy, but, realising how much these ships pollute the environment, he decided to switch to sail cargo. He plans to sail with De Tukker on its first voyage next year.

Charlotte completed the deckhand license in France and got a job on De Tukker through our ship agent Arik. She likes sail cargo because of the positive impact on the environment and the potential for improvements to the quality of life on this planet. As she didn’t have much experience at sea, she has gone to join the Wylde Swan for the season and hopefully will be back to sail with De Tukker.

John worked as a lifeguard in the UK and has travelled to New Zealand every summer to work there. On his travels came into contact with tall ships and the sail cargo industry.

Chad started working with tall ships in the USA but when he saw the number of sail cargo projects being developed in Europe he moved across the water. He went to the Nautical College in Enkhuizen and started working on Tres Hombres as a master rigger.

Gabriella started working in the industry in Italy. Sail cargo means the world to her as she is a free spirit, and likes adventure. Sailing offers her all of this. Remember the saying “If you don’t ask, you’ll never know!” This, for example, is how Gabriella got in touch with the Fairtransport ship Tres Hombres and, later, with EcoClipper. She followed their story and, one day, contacted Andreas (one of the three founders of Fairtransport), who offered her a job. She moved from Italy to the Netherlands where she lived on the Fairtransport Ketch Nordlys and helped with the refit on Tres Hombres. While doing so she met Jorne Langelaan, and joined the refit-crew of De Tukker.

You can make these opportunities for yourself, just as Gabriella did, by following the sail cargo news, asking questions, having conversations and creating your own story. There are still opportunities to join the De Tukker refit crew. Have a look at the crew page (link) or send an email to operations@ecoclipper.org, with your resumé and availability.