For many, the tea races of the mid 19th century were the pinnacle of the sailing ship. It was a time when  famous Clippers and Windjammers constituted the ‘thoroughbreds of the sea’. However, expanding industrialization around the world saw enormous projects such as the building of the Suez Canal, which opened in 1869, rise alongside the fitting of steam engines to sea-going vessels. Such change worked to curtail the thousand-year age of sail.

After a great deal of trial and error during the eighteenth century, the first engine driven vessel in Europe was the Charlotte Dundas which began trials in 1802. Paddles circled slowly, turn after turn, and the ship moved along the Forth and Clyde Canal near Glasgow.

Paddle boats began to grow in size, along with the paddles themselves. Yet they were flawed when it came to travel beyond canals, broad rivers (the turbulence caused by the paddles eroded the banks on narrow rivers) and quiet shorelines. Most paddle ships were simply unable to cope with choppy waves. They were liable to either become overwhelmed and waterlogged or, as the boat crested a wave and the paddles turned without the resistance of the water, the engines were damaged.

Nevertheless, the American paddle ship Savannah managed to cross the Atlantic in 1819. For safety reasons, the ship was fully rigged. The wind was still the most consistent and secure way to guarantee forward momentum.

In 1833, Royal William crossed from America, using their sails only during necessary boiler maintenance which would otherwise have left the ship dead in the water.

In l838, two British sidewheel paddle ships, Great Western and Sirius, raced each other to New York and were able to complete the journey using steam power alone. These too, had full rigs ready to be set, should the ships get into difficulties.

By 1840, paddles had been mostly replaced by screw propellers and these engine driven ships were becoming more common on the world’s oceans. Yet a great many ships continued to run with masts and sails, stowed but ready in case of emergencies, until well into the twentieth century.

Engines allowed for consistent and steady movement through the water. They were able to push against the wind without issue but as we now know, the emissions pumped from the chimneys of these ships did more than simply ignore the flow of nature. They slowly but surely began to destroy it.

Diesel replaced coal and steam and the modern engines that burn heavy diesel fuel are responsible for an enormous amount of dangerous emissions. While often considered efficient for the amount of cargo shipped, a large seagoing container ship is capable of producing the same amount of pollution as 50 million cars.

The shipping industry is dangerously unregulated in the area of environmental damage.

There are alternatives. Some companies are exploring huge kites that can reduce fuel consumption. Others are looking to fit sails to existing ships. It all comes back, again and again, to the free and limitless wind.

As these plans expand, we will soon come full circle, only this time, many will believe that sailing vessels require an engine for their safety.

Nevertheless, existing ships like Tres Hombres, Blue Mermaid and the planned EcoClipper500 series show that a continuation of pre-industrial revolution sail technology remains a consistent and reliable method of movement. With the addition of modern technology for weather tracking, it could be argued that this proven technique for travel is safer now than it ever was, and has no need of engine power. Cargo and travel might become slower, but will once more be in harmony with the environment.

As life races past, to slow down is to return to the pace of nature, and a chance for greater, peaceful wellbeing.

Where once the world moved from sail to steam, it is time to return. 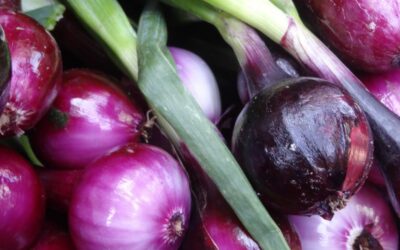