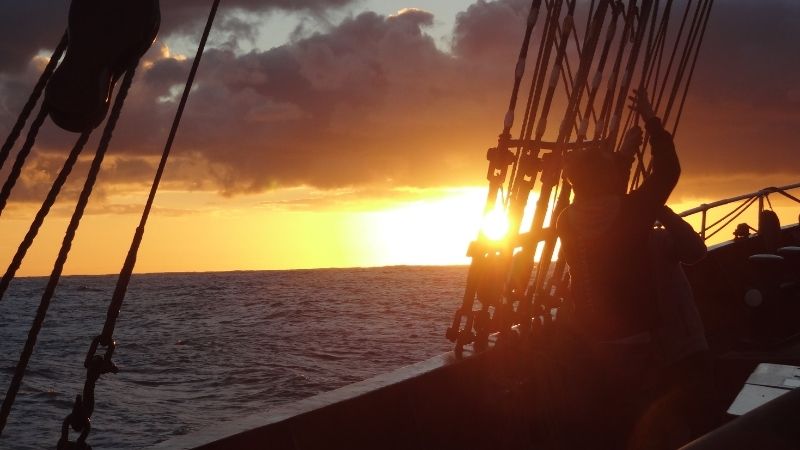 Ocean temperature rise and acidification affect life in the seas. Even 1.5 °C warming is predicted to have cataclysmic effects on the oceans. The blue planet is currently heading towards a global warming of about 3-4°C.

Every year the signatory nations of the United Nations Framework Convention on Climate Change (UNFCCC) meet at the Conference of the Parties (COP) to discuss measures to mitigate climate change.

The 2021 climate conference in Scotland is crucial. Plenty of unfinished work remains from the 2019 negotiations in Madrid.

Primary subject of COP25 in Madrid were the market mechanisms to mitigate greenhouse gas emissions and compensation for loss and damage caused by climate change.

For example, if a country manages to save 110 instead of the planned 100 tonnes CO2 it could sell 10 tonnes to a country that struggles to meet its announced objectives.

Article 6 determines that industrial countries can offset part of their CO2 emissions by paying for climate change programmes in developing nations.

However, the parties still disagree how market mechanisms are to be implemented. In particular, there is a lack of effective control mechanisms to prevent double counting of CO2 reductions. Each ton of CO2 can only be saved once. A CO2 reduction must therefore appear in the balance sheet of one country only.

It was hoped that COP25 would result in a workable monitoring approach to ensure that CO2 is not reduced merely on paper. However, COP25 did not result in an agreement how to implement the market mechanisms.

The “Warsaw International Mechanism for Loss and Damage associated with Climate Change Impacts” was agreed by the parties in 2012 in order to assist developing countries in tackling problems that arise from climate change. The Warsaw mechanism is still in its design phase.

Especially developing nations had hoped for a break-through at COP25.

However, the awaited break-through in the Warsaw mechanism didn’t come. The creation of a stand-alone fund was quickly off the table. Especially the USA blocked the creation of a compensation fund, because they feared immense damage claims by developing countries. Although the parties discussed the possibility of opening up the Green Climate Fund for loss and damage, the wording in the final declaration of the conference remained vague.

“The international community lost an important opportunity to show increased ambition on mitigation, adaptation & finance to tackle the climate crisis”.

A Shot Across the Bows

With COP25 in Madrid failing to produce any workable solutions, hopes now focus on the climate conference in Scotland. The missing break-through at COP25 has, at least, the advantage that no lazy compromises were made. Had the parties agreed to the implementation of Article 6 without having closed the loopholes, damage to the climate would be greater.

COP25 can serve as a wake-up call. If the countries willing to advance climate protection trim their sails for success at the negotiations at COP26 in Glasgow, they can make leeway for the shortcomings of COP25. Any implementation agreement must include effective control mechanisms to prevent double-counting of emission reductions. Otherwise, countries will achieve their targets only on paper. If climate defenders take advantage of the time that remains, they can still stem the tide for the oceans and our planet as a whole.

For further information on the effects of the climate crisis check out this in depth blog.

Find out more about COP26 here