The experience we have seen with other companies, throughout the first part of this century, has taught us that to successfully exploit a sailing cargo vessel, the vessel should sail on a fixed geographical route and schedule. This means each ship will be assigned its own shipping line, with a few different ports that she regularly visits. The different trading areas with the most promising logistic streams are: The North Atlantic route, the North Pacific route and the global route. On each route different ships can be utilised to achieve a higher round trip frequency, and thus create a more convenient service for customers. 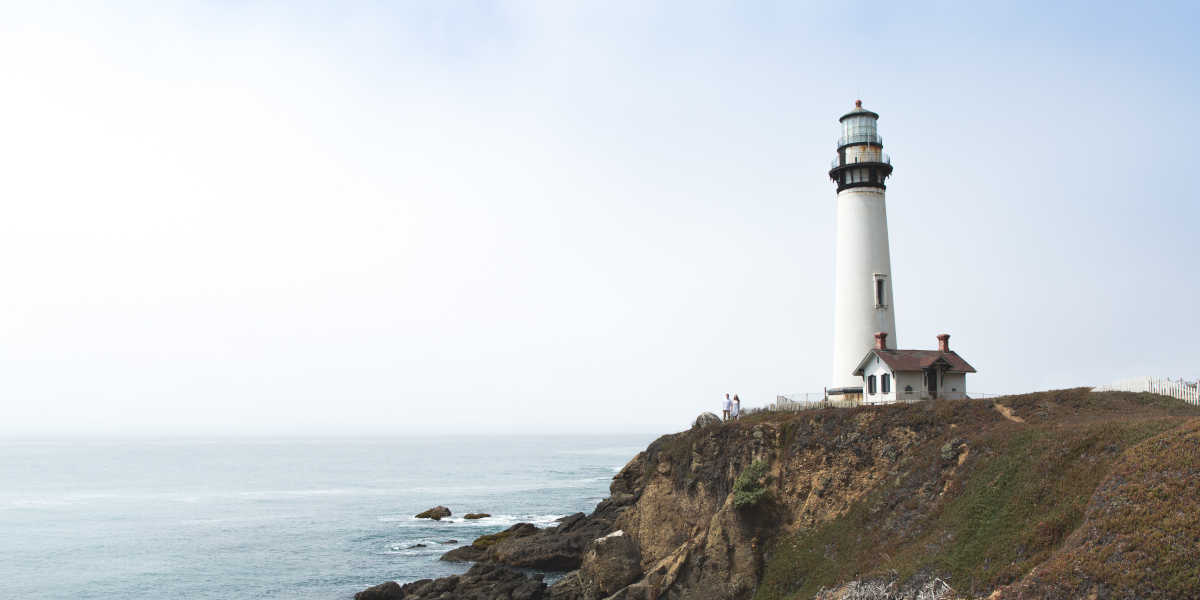 The North Atlantic route will be first utilized, since this route holds the promise of the most favourable meteorological and economical circumstances. In Westerly direction a vessel can easily follow the trade-winds, while when traveling from the America’s to Europe the Westerly winds of the North Atlantic depressions are a sure promise for speed. The previous years this route has become established, by the few new sailing cargo companies, which are opening up the market.

The North Pacific route, holds a similar opportunity for favourable weather and economics, however the distances are further than in the Atlantic route. Also, the routeing itself, taking advantage of trade winds and depressions, can be compared to the Atlantic run, since both routes follow roughly the same latitude. Economically, this route will be benefitted, by the steady cargo streams from Eastern-Asia to North America.

The global route departs in Europe and, after stopping in Cape town, South Africa, leaves the Atlantic Ocean by way of the Cape of Good Hope. After that, following the Westerly winds in the roaring forties and screaming fifties, the sailing highway, all around the world. Then, the ships on this route, might take a turn to ports in India, Indonesia, Australia or New Zealand. Finally sailing around the famous Cape Horn and passing some ports in South America, before reaching her final destination, bringing rich cargoes from around the world. This route connects the two other routes, thus, creating a global web of emission-free logistics. 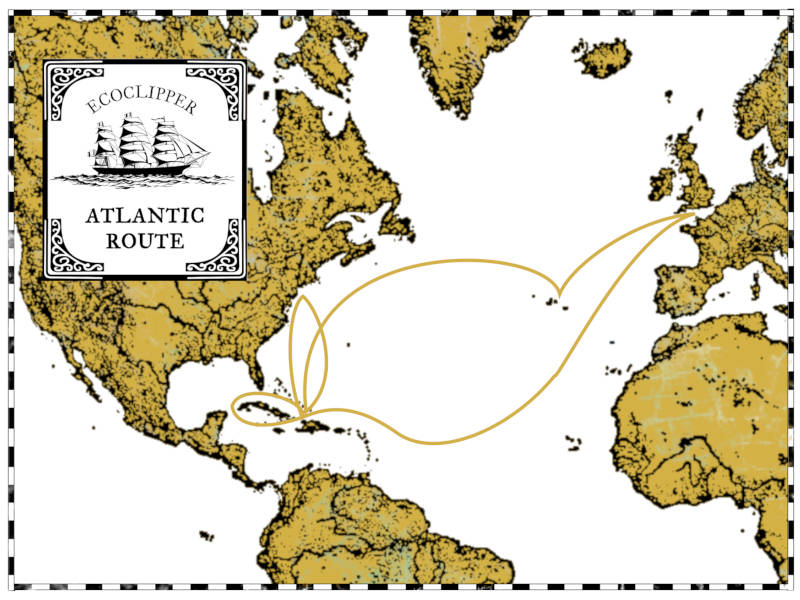 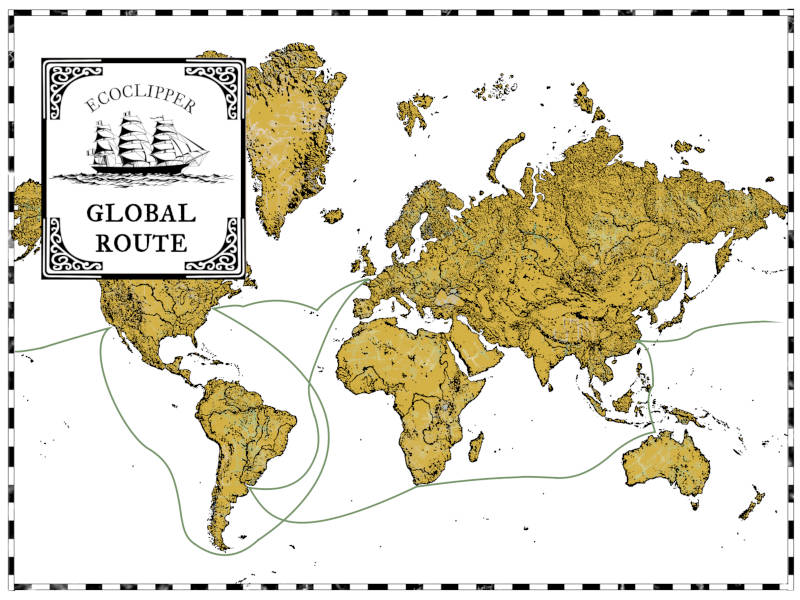 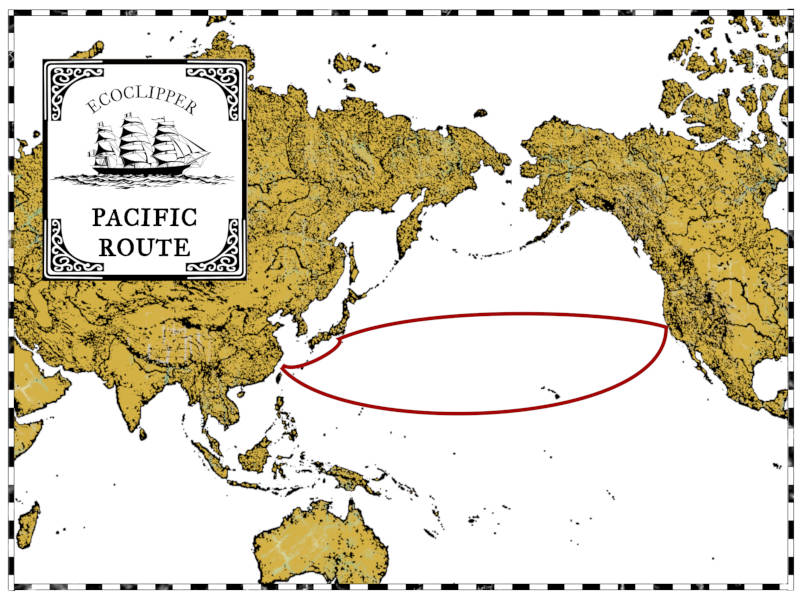