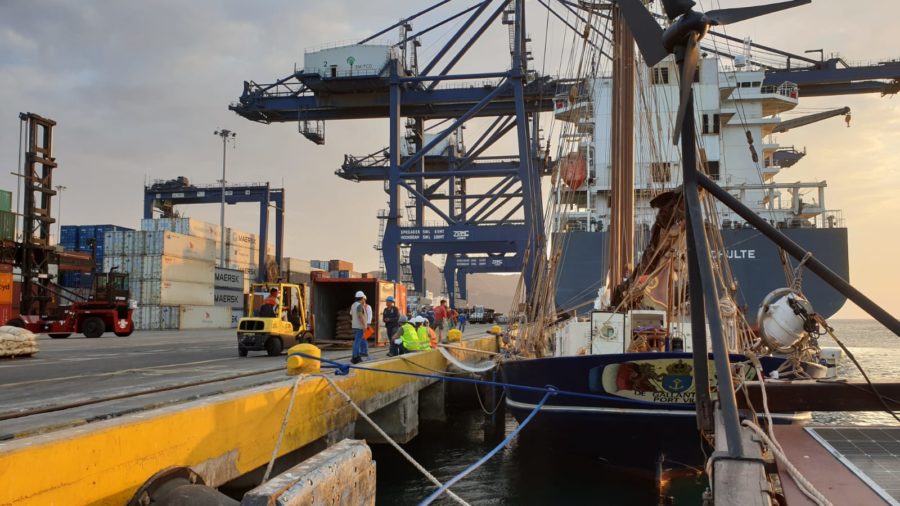 The Dutch “Public Benefit Organisation” MVO, which promotes a healthy environment and society, has launched a campaign to choose the minister for the New Economy. To put the benefits of sailing on the political agenda, EcoClipper sent a candidate for this minister post. If you are a Dutch citizen and want to vote for the minister of the New Economy, follow this link.

This three-part article series explains how sailing fits into the New Economy. But first, why do we need a New Economy? Part 1 intends to define the Old Economy and why we must leave it behind as fast as possible.

Part 1 – Leaving the Old Economy behind…

Covid-19 is a horrible symptom of the wider planetary disaster humanity is faced with. This can be described as a climacteric, as referred to in “Lean Logic”, the outstanding work of the late David Fleming. This current situation our society finds itself in has been the outcome of following the principles of the Old Economy.

The Old Economy derives its energy mainly from fossil fuels. It is highly globalised due to very efficient transport, free trade and instant communication, and is organised following the capitalist model of business.

For roughly 200 years, humankind has used the most powerful energy sources available: fossil fuels. Although it can not be denied that fossil fuels have brought a huge amount of material wealth, their use has caused devastating harm through climate chaos, natural extraction and over consumerism. The effects of which we are witnessing now, and are only just at the beginning.

Globalisation has brought our societies, or rather the richest part thereof, the option of unlimited travel, the easy reach of exotic products and a demise and flattening of cultural differences.

Globalisation, as we know it, started with the undertaking of long-distance travel by large sailing vessels becoming more seaworthy.

These vessels grew steadily in size and were slowly substituted by steam. Early steamships set the trend of burning fossil fuels.

Later, steamships were followed by the even more efficient motor ships, bringing freight prices further down and making international trade easier while breaking the last connection with nature.

Finally, halfway through the 20th century, containerisation was introduced. This made global shipping so effective that it became even cheaper to transport unnecessary products around the world, instead of recycling or buying, manufacturing or farming locally.

The final ingredient of the Old Economy is the disappearance of self-sufficient communities, the unchecked introduction of capitalism and the further rise of neoliberalism. This trend promises huge riches for all, but really leads to unparalleled (over)use of natural resources combined with, especially recognisable the past 30 years, a fast-rising global inequality between the poor and the rich.

What’s to be done?

In the last few years larger groups of citizens, activists and even schoolchildren are demanding change as low lying coastal areas are flooding, freak weather events are threatening harvests and forests are burning. These are the times we are living in, and during which a new age of sail is rising. In the next part you will read more about the New Economy – a redesign of this old structure based around environmental and social goals.