In an age of bigger cars, bigger planes, bigger ships, why would anyone consider the thought of shipping cargo on a smaller, slower, sail powered vessel? This question has recently been resonating throughout the shipping world as more and more sail powered options are becoming available.  SO much so that even IACS member ABS ha, ClassNK, DNVGL and other IACS members recently published rules for wind powered vessels. What this means is that the maritime industry as a whole is starting to recognize the resurgence of this traditional method and other fuel saving measures.

In 2019 it was announced that the STAD AMSTERDAM would be the UN’s Green Ambassador ship, highlighting the importance of traditional built sailing vessels. Other famous sailing vessels, like the Cutty Sark, have been transformed into museums. In her heyday the Cutty Sark could transit at 17.5 knots. The significance of that is not lost on the modern mariner. Although modern containerships transit at a much higher speed, bulk ships normally do not travel at 20-22 knots, preferring 13-17 knots. This is a speed attainable by a modern built sailing vessel.

The beauty of moving goods via sailing vessel is the knowledge that the shipper is helping to sustain the environment as well as provide jobs that run an industry that is fuelled by passion and love of sailing. For decades, tall ship enthusiasts were relegated to museum work, educational foundations, and other work that did not actually put a ship to the use in which it was designed, the carriage of cargo.  Sailing vessels such as the Tres Hombres which carries passengers, cargos, and trainees is part of the inspiration for the Ecoclipper project. We can carry sustainably grown cargo such as coffee, onboard ships propelled by wind and electricity generated by solar panels, to ports around the Atlantic. Not only do we meet the IMO202 Sulphur Regulations, the Energy Efficiency Design Index, ad other IMO pollution prevention regulations we will train the next generation of seafarers for this growing and important industry that is in such need in the world today. 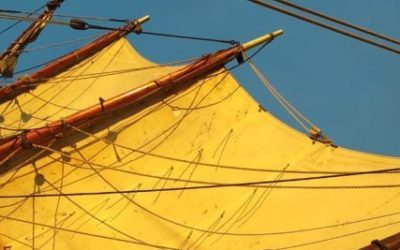 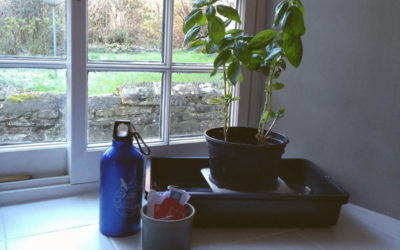 Jess Clay, EcoClipper Communications    We all know the routine: after a busy year and an... 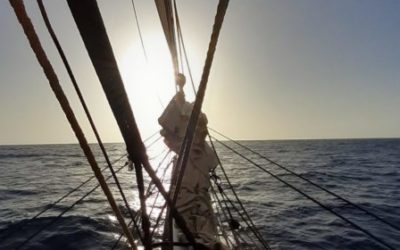 By Karsten Babucke When you are sailing there is only water around you. The watch system is in...

..and you'll receive the Sailcargo market report 2020 and EcoClipper500 prototype specifications in your inbox!

Sign up to receive email updates about EcoClipper, the Prototype500 and other sail cargo news.