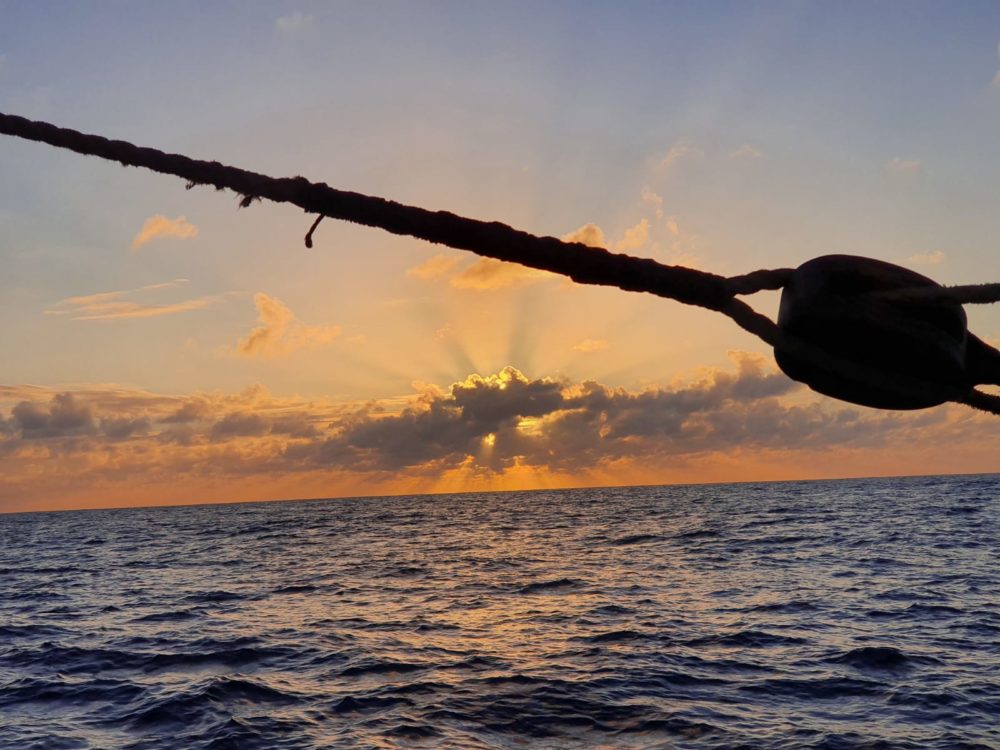 For an explanation how sailing fits in the New Economy read this three-part article series. The first part, explains the Old Economy and why it should be abandoned. The second part, introduces you to the New Economy. This final article will describe the transition period from Old to New.

Part 3 – The transition between the Old and New Economy

While you read this, the future is, in some respects, already here. Many voices are speaking of leaving fossil fuels behind, small groups of people are returning to rural areas to strengthen existing communities, popularity of local produce and services are on the rise. Last year it was estimated between 2000 and 3000 communities were involved in transition initiatives in over 50 countries.

Part of this transition is a return to sail power for transport. As a matter of fact, according to the 2020 Market report for Sail cargo and Sail travel, emission free transport and travel is a fast developing trend.

Nevertheless, given the scale of the crisis humanity and all life on earth is facing, the reasons for hastening the transition from the Old Economy to the New Economy are completely warranted.

There are three transitions that could happen to get from the Old Economy to the New. Firstly, the “business as usual” route will be examined. Although it is advisable to concentrate on a post-fossil fuel culture, what would happen if we don’t? Secondly, there is the high-tech route and thirdly, the de-growth solution.

A quick look at the “business as usual” scenario. If this path is taken, we will eventually and naturally come to the New Economy. However, with its harsh consequences for current life, this is the route to be avoided at all costs.

As such energy prices will rise and become unpredictable, so people will search for alternatives. Urban areas will most likely become less inhabitable, forcing a “back to the land” movement to further emerge.

As long distance transport and travel will be disrupted, local areas will need to achieve autarky to supply the needs of their citizens. Self-sufficiency would be paramount.

Simply to survive, communities will have to turn away from purely finance based currency to more cooperative models.

Although the final destination will be the New Economy, without fossil-fuels, with localised economies and yes, sailing ships, it will be a route of probable intense suffering for the masses, and it cannot be guessed how much livable area will remain on our planet.

Next, the high-tech scenario. This is actually the trajectory the “progressive” decision makers in our Old Economy, the “business as usual” economy, have been promising us since the start of the industrial revolution.

First, the steam engine would bring the solution for less manual labour, then industrial farming would solve world hunger and finally nuclear power would bring an abundance of energy.

Unbelievably even though solar and wind energy electricity are on the rise, emissions of the burning of fossil fuels have grown in number. This phenomenon can be explained through Jevons paradox which states that breakthroughs in efficiency will only increase consumption.

So at first glance, High-Tech seems very tempting. It promises a fantastic sustainable utopia. But it is exactly that: a fantasy which survives on wishful thinking, and will continue to set us back to the “business as usual” scenario.

The final and most realistic route. To ensure satisfaction for as many people as possible, and that suffering is minimised, this is the route which makes a transition to the New Economy smooth and quick. It is the route of accepting de-growth.

Local grassroots individuals and organisations, such as Rewilding Europe, transition towns, the Ecological Land Cooperative, Extinction Rebellion and others lead strong action towards the New Economy.

When politicians and governments support the transition and strict laws are in place to stop the trade in fossil fuels, enable land reform and local cooperative economic systems, the New Economy can rise: swift, green and with fair winds for a sailing ship future.